Halloween – like youth – is wasted on the young. We send out a bunch of adrenalin-fuelled kids to terrorize the neighbours with thinly veiled threats of ‘trick or treat’. Meanwhile, their older hormonally-challenged siblings pelt eggs and strew toilet paper on the homes and yards of long-suffering teachers.

The young ones arrive back home with enough candy to feed a small island state and proceed to eat themselves into a sugar frenzy that ends in tears and tantrums. You get little Susy into bed (finally) just as the phone rings to alert you that her older brother is down at the station, caught red-handed with half a dozen eggs and a can of shaving cream.

Sometime around midnight you collapse into an armchair, clutching a large whiskey like it’s a life jacket on a sinking ship.

Wouldn’t the world be a better place if we left the kids at home and the adults went out instead? Forget the trick or treating, I’m thinking glam Halloween parties instead. Imagine costumes, but nothing made of rayon or other ghastly fabrics –Swarovski crystals and vintage Dior will do nicely, I think. Music – of course – but ‘70’s disco or classic Motown. Food – natch – will be a more refined offering and candy will be nothing less than 70% dark chocolate.

No eggs, no shaving cream, no toilet paper except in the bathrooms (Diptyque scented candles shimmering seductively, please). This is a kinder, gentler Halloween where order is restored and kids are where they should be – at home doing a rather lengthy and laborious project on the Louisiana Purchase with a babysitter who resembles Mary Poppins in look and attitude.

This recipe looks long but only because I’ve given rather lengthy instructions on cutting up the butternut squash. The basic idea is that you want the squash pieces roughly the same size so they’re done at the same time. I peel butternut squash but you don’t need to – the outer skin is edible or you can remove after cooking. The choice is yours.

Zest and juice of one lime

I peel my butternut squash as I think it looks nicer but by all means leave the outer skin on if you like. Regardless, slice off a bit from the top and bottom to remove any stem and tail. Then slice the butternut squash into two pieces. Make the cut at the end of the slender neck, right before it bulges out into the round bottom section.

Take the tall ‘neck’ portion and cut it in half creating two short columns the same size. Take one of these and slice it down the middle. Cut one half into four wedges. Repeat with the other half and then again with the other column. You’ll end up with sixteen wedges that are about the same size.

Now take the round bottom section. Slice it down the middle so you have two bowl-shaped pieces. Scoop out the seeds and remove any fibrous bits. Slice each half into six wedges, for a total of twelve wedges.

Place all the squash onto a baking sheet and toss with the olive oil and a generous sprinkle of sea salt.

Roast the vegetables for about 30 minutes or so until they’re nicely browned on the outside. If a knife slips in the squash easily, it’s cooked. Give the vegetables a turn every ten minutes or so to ensure they brown evenly. For the last turn, sprinkle with the Ancho chile powder and give a toss.

While the squash is cooking, make the sauce. In a bowl, mix together the yogurt, lime juice, Green chile powder and honey. Give a good stir and add salt to season.

Place the roasted butternut squash on a serving platter. Drizzle with the sauce and sprinkle with the pumpkin seeds, Green chile caribe and the grated lime zest. Serve hot or at room temperature with any remaining sauce on the side. 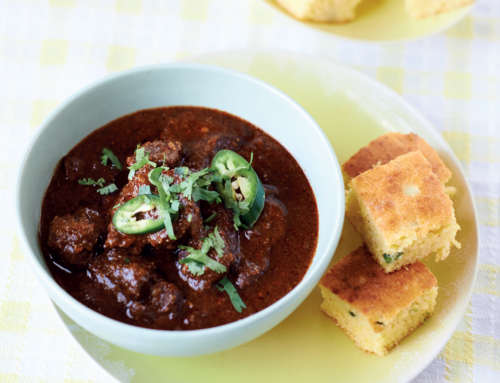 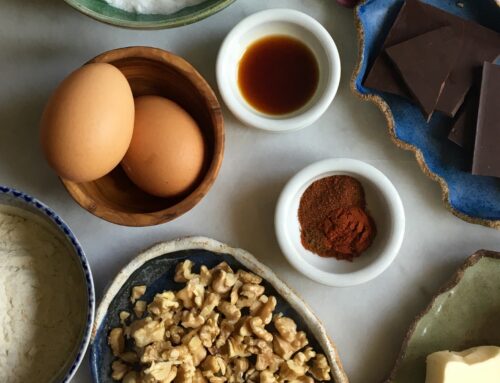 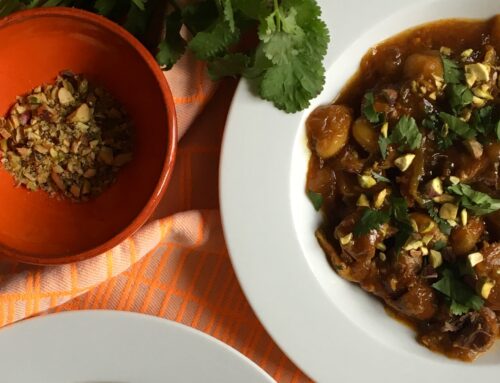 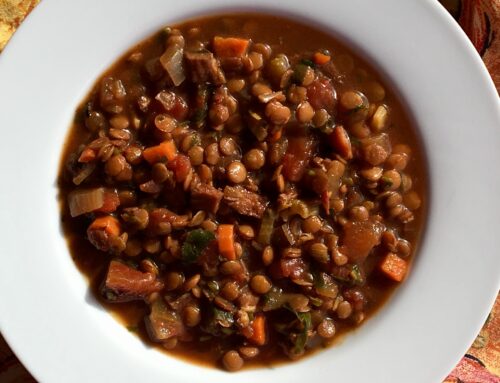 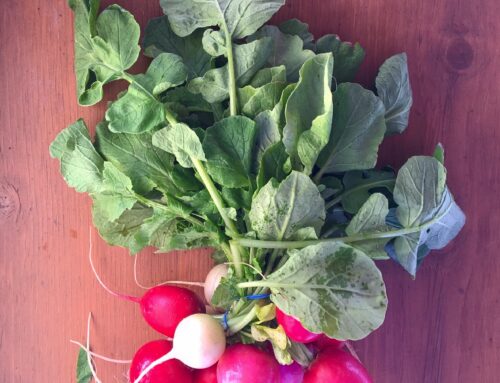