EVER WONDER WHO ATE THE FIRST LOBSTER?

Or who figured out how to make flour? Or – hats off – the person who decided that pressing olives might be a good idea? Well, add to that list of unsung culinary heroes whoever decided to smoke and dry a jalapeño chile pepper.

Because the result is the chipotle chile. The word chipotle comes from the Nahuatl word chilpoctli and translates into chile + smoke. It’s been the method for preserving thick-skinned jalapeños in Mexico for who knows how long. Sure, it’s a practical way of preserving them but it’s a lot more than that – it’s a way to transform the flavor that is nothing short of magical. 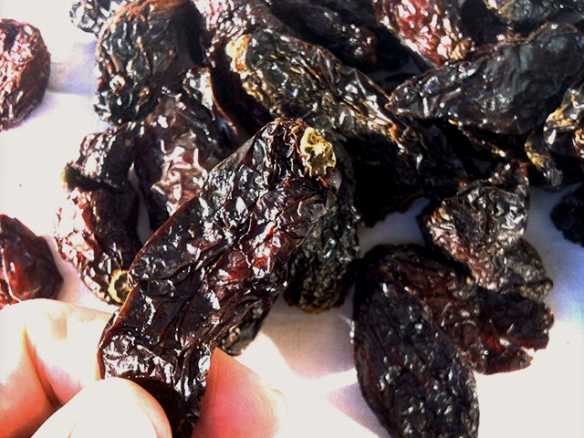 To get a better idea of what makes a chipotle so special we spoke to Edward Ogaz of Seco Spices. Edward’s family has been farming in Hatch, New Mexico for three generations and he and his wife have owned Seco since the late ‘90’s.

Edward is incredibly passionate about all things chile but he really lights up when he talks about chipotle. “We let the jalapeños ripen on the vine until they’re red. Then we pick them, clean them and lay them out on large mesh racks. Then we smoke them with wood smoke – we like mesquite or sometimes oak.” 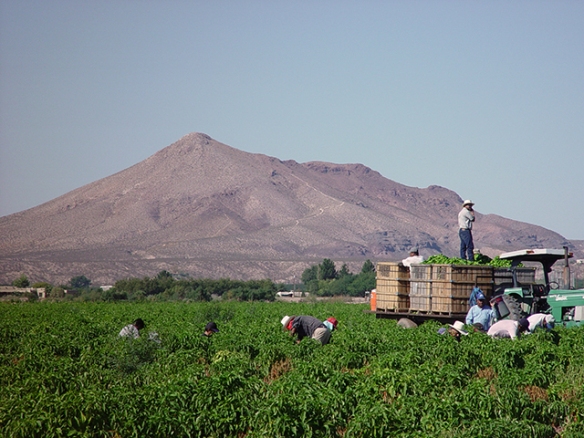 We asked if he smokes the jalapeño first or dries it. The answer? Both. The jalapeño is smoked and dried at the same time. In all it takes between 12 to 18 hours of slow delicate smoking and drying. During that time, the chile loses moisture and the color depends to a deep burgundy almost black color. The flavor intensifies too, as it takes on a distinctive smokiness. You’ll read comparisons to dried fruit, chocolate with hints of sweetness. We just think it tastes awesome. 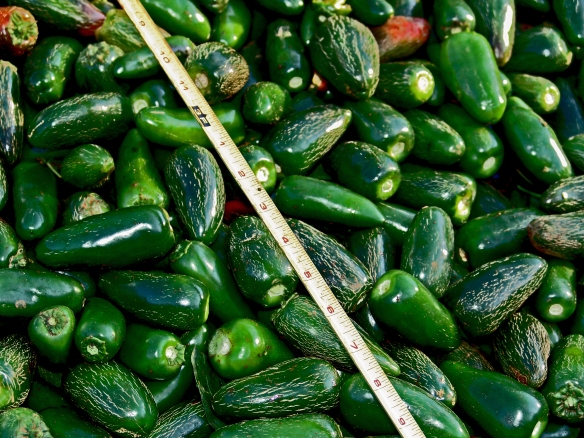 “If you’ve got, say, 6 or 7 pounds of jalapeño to start off with, you’ll end up with only about 1 pound of chipotle at the end,” says Edward. It’s a seriously labor intensive process but Edward won’t cut corners. “You’ll find chipotle out there now where they’ve injected it with smoke flavoring but it’s nothing like the real thing.” 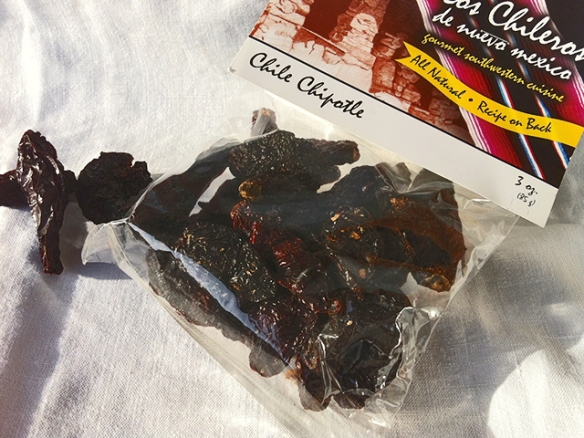 So what do you do with this wrinkly guy? You’ll find chipotle available in powder, whole chiles, or canned in adobo sauce (a piquant sauce made with tomatoes and vinegar). Chipotle is great in salsas, stews, and soups. You can also make a mean barbeque sauce with chipotle. It’s lovely made into a glaze with butter and sugar for toasted nuts.

Chipotle’s got some heat but it’s not OTT and the complexity of the chile flavor married with the smokiness is out of this world. Who knew that something so wrinkled could be so lip-your-lips gorgeous?

Let’s face it, the world would be a kinder, gentler place if everyone ate more Mac ‘n Cheese.  It’s a happy food that just makes you feel so gosh darn good. Now the good is great thanks to a dash (or two) of chipotle chile powder. The chipotle gives it a smoky lusciousness that is sublime. Do not blame us if you eat it all yourself.

To make the breadcrumbs, heat the butter and olive oil in a skillet over moderate heat. Add the garlic, chipotle chile powder and breadcrumbs, stirring until the crumbs are golden brown. Season lightly with salt and set aside.

For the pasta, add the penne to a pot of salted, boiling water. While the pasta is cooking make your cheese sauce.  Heat the milk in a pan on the stove or in the microwave until it is hot but not boiling. Melt the butter in a heavy saucepan. Add the flour and whisk over low heat for 2 minutes. Do not brown or burn the flour. Add the milk slowly to the flour and butter mixture, stirring with a whisk and ensuring no lumps form. Add the chipotle chile powder, season with salt, and continue to cook, stirring constantly until the mixture thickens, about 4-5 minutes. Add the grated cheese and stir to melt. Drain the penne – do not overcook, it should be al dente. Combine the penne with the cheese sauce and ensure the pasta is well coated.

Butter a flameproof baking dish and fill it with the penne and sauce.  Top with the breadcrumbs and bake in the oven until hot, about 20-25 minutes.